Autism spectrum disorder (ASD) and autism are both general terms for a group of complex disorders of brain development. These disorders are characterized, in varying degrees, by difficulties in social interaction, verbal and nonverbal communication.

Reserve books are located on the first floor of the library at the Circulation Desk. Reserve materials are to be used in the library for two hours.

Reserve media items are located in Media Reserve on the first floor of the library. 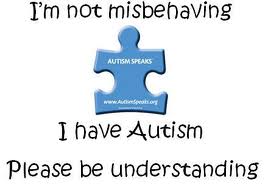