What is a Database?

A Database is a collection of articles, book chapters and other information from reliable sources.

Select Psychology and Behavioral Sciences Collection or one of the databases listed in the middle column to locate research on LIfespan human development opics.

All of the resources in these databases come from magazines, newspapers, journals and books. Although they are delivered through the Internet, they are not considered "Internet Sources" by your professors.

Articles from the databases may be printed, saved to a drive or emailed for later use.

What is Peer Reviewed?

Scholarly or peer-reviewed journals include articles that have been written by specialists in the field and reviewed by specialists before they are accepted for publication.

Popular magazines such as Time or newspapers such as The New York Times have valid information but are NOT peer-reviewed.

You can limit your search to a peer-reviewed article when you are using a Library database such as  Psychology and Behavioral Sciences Collection by checking "Peer Reviewed" when doing your search.

You can use the databases from home!  When prompted, enter your username (N #) and password (PIN). 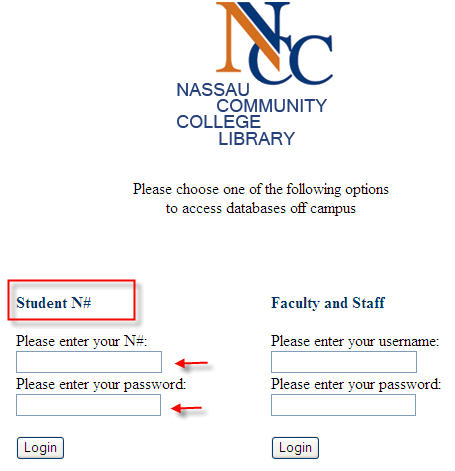 To locate peer-reviewed articles for your project, use these databases.  Do an advanced search to include the keywords in your search.

Remember to limit to academic journals for the best results.

General or multidisciplinary databases provide articles on many different subjects.  The advanced search will allow you to join keywords to narrow your search.

There are three basic types of periodicals. Each can be used for research.  Your professor may specify the type of source required. What are the differences?

Articles in scholarly journals are written by experts in their fields.  Often the articles report on studies or analysis and include charts, data or specific criticism of a literary work.  Scholarly journals are often called "peer-reviewed" because the articles must go through an approval process by other scholars before they are published. The articles are generally longer, more academic and include a list of sources at the end.  Scholarly journals generally  do not have glossy pages, photographs or advertising. Each field has its own set of journals or "literature" as they are sometimes called. Examples include Harvard Business Review, The Journal of the American Medical Association, Studies in Short Fiction and Journal of Psychology.

Articles in popular magazines are written by journalists, reporters or staff on the magazine.  Some magazine articles have no listed  author. These articles are designed for the general public and have glossy pages with photographs and advertising. They may  include information from more scholarly studies. Magazines have editors and fact checkers who make sure the material included is reliable and accurate.  Some useful magazines for current topics include, Time, Newsweek, US News & World Report and The Nation. Magazines for business include Forbes, INC,  and Fortune. Other popular magazines include Sports Illustrated, Vogue, Latina, Essence and Psychology Today. Magazine articles are not peer-reviewed.

Articles in newspapers are written by journalists, reporters and freelance staffers. Often, no author is listed. The byline indicates the name of the author. They generally focus on breaking events, but may also be stories or series that expose particular problems in society. Articles are generally short and less detailed than those in a magazine or scholarly journal. High quality newspapers use editors and fact checkers to authenticate accuracy of a story before it is published. National newspapers include The New York Times, The Washington Post, The L.A. Times and The Wall Street Journal.  Local newspapers include Newsday, Times Union (Albany) and The Daily Record (Rochester). Never use a supermarket tabloid for research. Newspapers are not peer-reviewed.