Looking for more info on Shakespeare? 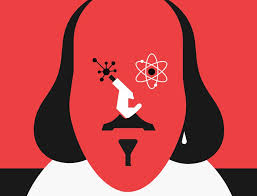 Check out the Bloom's Literature Database which has just added a new Shakespeare Center which includes: in-depth coverage of each of his plays; analysis of his sonnets and longer poems; the full, searchable text of all of his plays; the full text of the award-winning Facts On File Companion to Shakespeare; performance videos; scholarly criticism from famous books, journals, and critics; extensive background essays; “How to Write about” entries; discussion questions; and more.